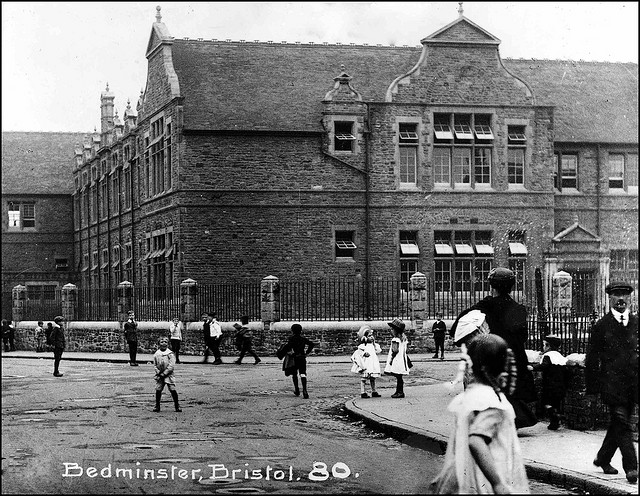 Compass Point was first opened as South Street School in 1895 as an all age school. In 1925 the school was reorganised and became separate schools - one for boys, one for girls and a mixed infant department. We still have the markings above some of the gates that show the different entrance ways.

In 1937 these two schools were reorganised into an infant school and a mixed junior school, each with its own separate head teacher - there was also a senior girls department (which was subsequently closed in 1941).

In 1983 both schools were amalgamated and became known as South Street Primary School, and had just one head teacher. In 1985 and 1988 the nursery was remodelled, and a junior block with new toilets and changing rooms was added respectively. We welcomed the family unit to the site in 1998, who had a role working with families and their young children which then developed into the Compass Point Children's Centre.

In our upper hall we have a memorial to the Old Boys of South Street School who died during WW1. There is a link to this important memorial at the Imperial War Museum website. https://www.iwm.org.uk/memorials/item/memorial/46227

Recently our building has changed again; in 2015 an extension to the front of the school was added to incorporate a modern and open plan Nursery space as well as two additional classrooms. The extra room has meant that we can have dedicated music, art and cookery spaces for the children to use.